Following the cliffdiving competitions in Hrimezdice there is going to be a great music program pumping up the night after party at the quarry. Already announced line up of stars such as Kraak and Smaak, PSH, Vypsaná fixa, Fast Food Orchestra, Kapitán Demo, Maniak or Orion will be complemented by many other cool musicians – the second headliner from abroad being famous british Dj and producer Benji Boko! The party will also get going with the music of raper Smack, Mr. Loco band, Djs Friky, Wich, Lumiere, Robot and many more!

Benji Boko Dj Set/UK
Dj and producer Benji Boko has some rich music history! Born Benjamin Gordon, Benji Boko creatively floats in between genres of electronic dance music and hip hop. You can spot his name on the posters of such festivals like Glastonbury, Secret Garden Party and others. He is one of the top Djs in the field of electronic music nowadays and has performed with famous artists like Justice, Deadmau5 or Calvin Harris.

Smack
Smack has already confirmed his position among the top names of the Czech rap scene. He is the most visible creator of grime or trap – a subgenre that he practically introduced to the Czech audience. He is a founder of the Archetyp 51 label on which he has published countless tracks. He has already made several appearances at Highjump in the past so you can get ready for some super cool rap show!

Mr Loco
International music band Mr. Loco consisting of artists from all over the world (Mexico, Columbia, Belgium, Czechia…) entertain their audience with music reaching from ska, reggae and hip hop to Balkan brass. This will be their first ever performance at Highjump so prepare for an energy packed show and get your calves ready cause you will be jumping!

DJ Friky
Friky is one the most experienced representatives of Czech turntablism – a Dj style that is based mostly on scratching – which he practices since he was 14. He played at countless parties but has also attended the prestigous DMC Dj contests in which he managed to get to the finals!

DJ Wich
A name we don’t need to introduce – the founding member of the legendary Indy and Wich and author of famous hip hop songs that are now considered anthems. Dj Wich is probably the most famous hip hop producer and is going to contribute with his set to the Highjump after party this year!

DJ Lumiere
Lumiere is one of the foundation stones of the Czech and Prague house music scene. He stood at the beginning of first house parties in this country in clubs such as Roxy, Radost FX and others. Nowadays he participates at the Komiks party project that brings the biggest stars of underground electronic music to the Czech Republic. Lumiere was with the Highjump from the very beginning – he attended the very first competition 20 years ago when there wasn’t even a music stage. He then appeared as a DJ several years after and this year will be coming back to the scene – performing on a stage dedicated to house music only!

DJ Robot
Highjump 2019 Legends wouldn’t be complete without Dj Robot! You know his name from all the cool afterparties of extreme sports events. His sets are diverse and you can look forward to a selection of urban music! 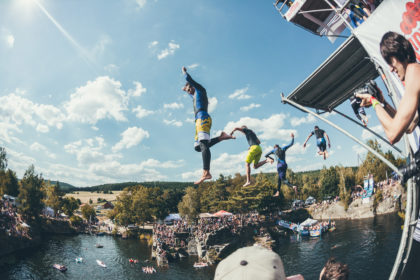 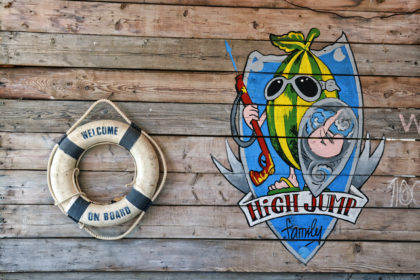