The biggest cliff diving competition in central Europe, top world divers from the world series, Czech diving elite, busy music program, several stages and foreign music stars. All of that will be ready at Highjump 2019 on 2 – 3 August at the Hrimezdice quarry near Pribram. The complete program is here.

Just like every year Hrimezdice will host members of the world elite class of cliff diving. The divers will be competing in highdiving from 12, 16, 20 and newly 25 meters high platforms. For the Czech audience Michal Navratil, who belongs to the top 5 world divers, will surely be the biggest star. He is a solid part of RedBull Cliff Diving series and he is in a way „a child of Hrimezdice“ because it was Highjump that introduced him to the magic of cliff diving in nature. Another big name will be a two times winner of Highjump only a 17 year old diver – Aidan Heslop from the Great Britain. Last year he became the youngest athlete in the history of world series and he is considered one of the greatest sports talents of today. A participation has been confirmed also by Peter Roseney, 72 year old athlete from Switzerland, who is always very popular among the audience. The favorite for the women’s category will be Ellie Smart from the USA who’s got many experiences from world competitions. And again there will also be a great splash diving show performed by the popular group of German divers who always surprise the audience with crazy jumps.

Highjump is famous not only for the cliff diving competitions but also for it’s popular afterparties around the quarry with interesting Djs and music formations entertaining the visitors. This years headliners are dutch Djs and producers Kraak & Smaak who are coming to Hrimezdice with their Soundsystem performance. Another big star will be Dj Benji Boko who is considered one of the most respected producers of electronic music and is going to introduce his Dj set at Highjump. Czech music scene will be represented by PSH rappers, raggae ska band Fast Food Orchestra, the ruler of all Kapitan Demo, rapper Smack, legendary Dj and producer Dj Wich, guitar band Vypsana fixa or Djs Friky, Lumiere, Nzym, Dan Cooley, Magors, Black Angelika and many more. You can find exact program with times and stages attached.

Flyboard, Jetsurf and other exhibition in the quarry and around

In between the diving competitions one of the best flyboarders in the world Petr Civin is going to make a stunning performance right in the quarry! Petr is regularly competing at the world championships with great results! With his colleague riding a scooter they will perform a fantastic show which also divers will participate in! There will also be a brand new show of jetsurfing – an exhibition of Maylow Silver who will show the audience the possibilities of a motorised surf. The visitiors will as well enjoy Maaad Bounce zone which resembles the populat Ninja faktor game and there will be plenty of other activities such as slackline, public gym, paddle boarding, table footballs or Highjump Airbag where you can try a jump to an inflated pillow.

Asia, Mediterranean, Czechia and back. Food.

Just like any other year Highjump will offer a great variety of food stalls to choose from. Visitors will be able to try Vietnamese, Thai, Italian, Spanish or Czech cuisine and of course, well cooled beer will be ready as well as other alcoholic and non-alcoholic beverages.

The complete program is here 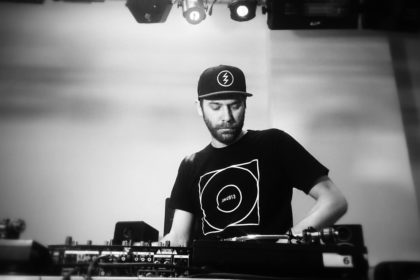 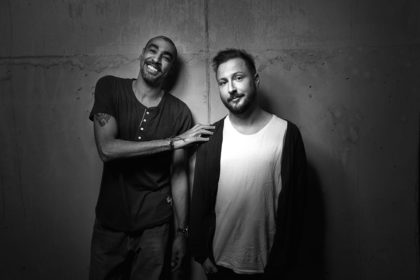