The famous cliff diving event accompanied by a music program will take place this year in the Hřiměždice quarry near Příbram on 5 and 6 August. Visitors will be able to see the traditional world-class competiton in cliff diving and this year again the jumpers will jump into the quarry from a height exceeding twenty meters. A music program on several stages will acompany the sporting event. Among the performers are PSH, Fast Food Orchestra, MonoStereo or DJ Frika, Madelaine, Lillou and many others.

After a year we will meet again in the jumping paradise Hřiměždice where the 23rd year of the popular jumping event will take place. One of the oldest extreme diving races in Europe – legendary for many – will once again welcome some of the world top jumpers from various countries and the Red Bull Cliffdiving world jumping series participants who will all be ready to compete in the Czech Open Championship. In addition to classic cliff diving, the German national team, led by the world record holder Christian “Elvis” Guth, also confirmed their participation and will entertain visitors with their splash diving shows.

An accompanying program will be prepared for all visitors. Bands and DJs will perform on several music stages on Friday and Saturday nights. Music zones will be divided by genre and fans can look forward to a variety of music styles like rap, reggae, electronic dance music and more. The music program among others includes the legend of Czech rap PSH, the reggae ska band Fast Food Orchestra or a group called Neanderthal Project, which is backed by DJ Friky together with Martin Svátek and David Trumpeteer. Other names will be published soon by the organizers.

Prima Cool will create a separate chill and music zone where fans will have an opportunity to relax during the day and gather strength for their night parties. Those will start in the Coolife zone after the end of the jumping competitions in the quarry. You can expect electronic music by leading Czech DJs. DJs such as Madelaine, Schwing, Lillou or Petr K can be found in the line up.

In addition to diving and music rich accompanying programs will be ready for visitors – in the water or around the quarry. And of course, there will be plenty of food and drinks in the bars and stalls.

Tickets for the event can be purchased with the Tickestream network for a bargain price of CZK 860. 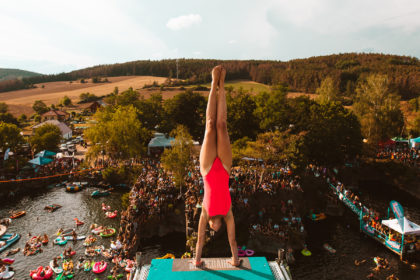 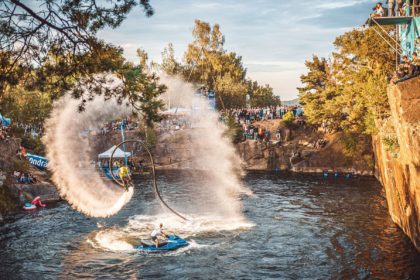